Fasting therapy - a solution for IBS? 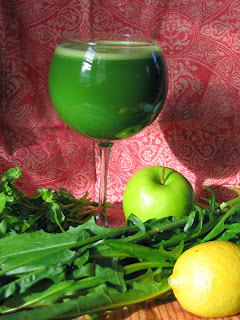 People with SIBO put a lot of focus on food. Figuring out the Right Diet that will allay symptoms for good, once and for all, is basically our Holy Grail. I've talked about this a bunch, like in this earlier post about creating your own list of safe foods to eat. But what if not eating anything at all for a while was the answer?

In an article entitled "Effects of fasting on irritable bowel syndrome" (Kanazawa M, Fukudo S. Int J Behav Med. 2006;13(3):214-20), a study is described where fifty-eight patients with IBS were divided into two groups. One group was given prescription meds and psychotherapy to reduce their symptoms. The other group fasted for 10 days, drinking only water. To break the fast, food was reintroduced in a controlled manner over a 5 day period.
Results? The 10-day fasting group did better. Fasting was found to significantly improve 7 out of the 10 symptoms assessed: abdominal pain-discomfort, abdominal distension, diarrhea, anorexia, nausea, anxiety and "interference with life in general" (love that symptom). Drugs and psychotherapy improved only 3 symptoms (abdominal pain-discomfort, abdominal distension and interference with life.)
The researchers concluded that fasting may have beneficial effects on intractable IBS. "Intractable" would include those of us for whom IBS has advanced to SIBO, I fathom.

In my former life, I juice fasted on a regular basis (consuming only green juices and/or veggie juices with lemon and green apple added for flavor and sweetness, see photo above.) A 3-day fast was sufficient to give great results in the bloating department, although I remember feeling gassy was still a problem.
Maybe juice fasting low-FODMAPs style would be a success.
I hesitate to water fast, despite the great results reported above. Fasting on water alone is often not recommended for anyone. There are different reasons for this, such as potential to damage the intestinal lining due to lack of substrate for fiber-fermenting bacteria. (Hmmm...isn't that who we want to starve? I'm in a quandary.)
One popular SIBO therapy is to follow a 10-day+ Elemental Diet, which is essentially a modified fast with fortified liquid protein drinks taken daily. Supposedly they taste pretty nasty, though.
I'm having good luck doing a very simple, unflavored isolated whey protein shake in the AM, which I spike with powdered supplements including L-glutamine, quercetin and a powdered multivitamin/mineral. Now I'm thinking about doing some kind of fast, maybe drinking more of these shakes per day in place of meals, or adding in small quantities of low-FODMAP vegetable juices. Not sure, just contemplating. Would love to hear your thoughts.
Bottom line: Diet alone isn't cutting it.

And: Sometimes, no food is the best medicine. 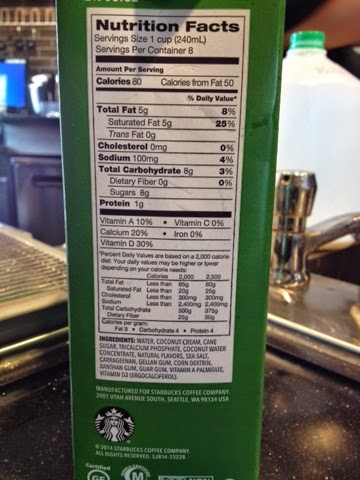 In case you didn't hear, coconut milk is now available at Starbucks. I snapped a pic of the ingredients panel when I went in there today, just to show you.
It's great to see non-dairy alternatives offered in mainstream coffee shops. Unfortunately, this one contains a bunch of questionable additives, namely carrageenan (high FODMAP), two processed sugars (plain cane and corn dextrin), and three different kinds of gels, aka highly fermentable (gas-producing) soluble fiber sources.
For comparison, Starbucks organic soy milk only contains carrageenan, one sugar (organic evaporated cane juice), and no gums. But it's made from whole soybeans vs soy protein isolate, making it high FODMAP.
Sigh. Looks like a classic case of "Six of one..."
...But wait: Starbucks new coconut milk also fails the eco-sustainability test: not fair trade, not organic, sourced from Sumatran coconuts and flown halfway around the globe before making it into your venti.
Hmmm. Maybe organic soy milk comes out ahead in this round after all, with black coffee still in firm command of first and safest place.
Great idea, though, Starbucks! Real coconut milk would be a welcome addition to your menu, so please keep trying!
Posted by diana allen, ms, cns at 1:44 PM No comments: 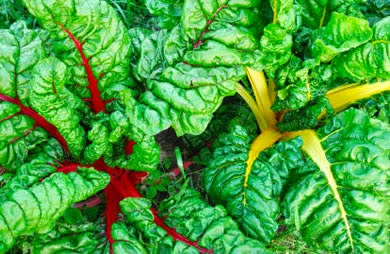 If you’ve ever perused the vegetable section of the awesome Monash University FODMAP app and wondered what the hell “Silver Beet” is, here’s your answer:

I don’t know why they call it Silver Beet down under and Swiss Chard up top but beets and chard are in the same family and the stem of the classic Swiss Chard is white, which is kind of silvery compared to red, the stem color of beet greens.

However, modern Swiss Chard appears not only in classic white stem, but also in a panoply of Rainbow Chard colors—orange, pink, yellow and even a deep, beety red. So “Silver” Beet is somewhat of a misnomer, imho.

Anyhoo, Swiss Chard (plain old “chard” for short) is extremely low in FODMAPs, fully green-lighted in the Monash app and one of THE safest vegetables you can eat when you have SIBO (provided you don't also have kidney stones*, which hopefully you don't because ouch, and SIBO is bad enough.) Peak season runs all summer long so it’s definitely worth getting to know this veggie now in case you don’t already.

Chard is not only delicious but also super high in vitamins and minerals. According to WHfoods.com, it ranks second only to spinach, another cousin, in overall nutrient bang for your buck. (Chard, beets and spinach are all related to quinoa, too—what a healthy family!)

Chard is packed wth phytonutrients including detox-supportive betalains, cardio-protective kaempferol and blood-sugar regulating syringic acid, along with at least 10 other identified antioxidant polyphenols that double as anti-inflammatory compounds. Anti-inflammatory means gut-healing. SIBO + chard = a match made in heaven.

Chard leaves only take about 3 minutes to cook and are a bit less tender and fragile than spinach leaves, meaning chard exhibits much less shrinkage than spinach in response to heat. The stems are even sturdier, resembling a thin, flat celery stalk. Being more fibrous than the leaves, chard stems take longer to cook. To account for this fact, I usually dice up the stems and cook ‘em first for a minute or two before adding leaves to pot or pan.

Chard is coming into season this month so I’ve been eating it pretty much daily, in different guises. Here are three methods I like for preparing and enjoying the incredible Silver Beet, aka Swiss Chard. 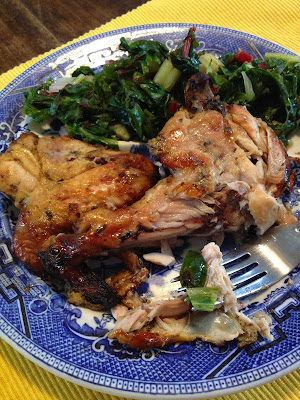 In this first recipe, I simply simmered some chard in about an inch of homemade chicken broth. (Braising's just another word for cooking things in broth.) To try this at home, dice chard stems and cook for 2-3 minutes in simmering broth, then add chopped leaves, cover pot and simmer on low until wilted, another minute or two. Easy!

After a long day at work, this quick and easy side dish added some fresh love to my pick-up meal, provided courtesy of Whole Foods Market where both the Plain and Classic Brined rotisserie chickens are made with SIBO-safe seasonings. 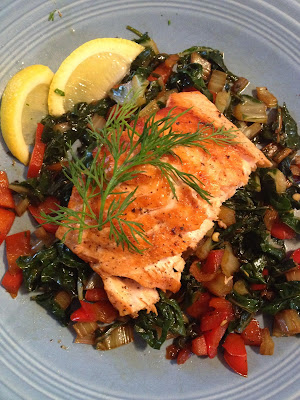 In this flash-of-genius one-pan recipe, I saved myself some clean-up time by cooking salmon first in a medium sized cast-iron pan. When fish was done, I set it aside and cooked the chard right in the same pan over medium heat!

As always, cook diced stems first until they begin to soften, then add the leaves. I also tossed in a handful of fresh chopped dill and let that cook in for the last minute.

To make salmon taste great, I start it off skin side down and pour some wheat-free tamari on the top, which causes a sizzle. Cook fish for first 5 minutes skin side down, then flip and brown the other side until done, another 5-8 minutes. Flip back to skin side down if more cooking time is required. 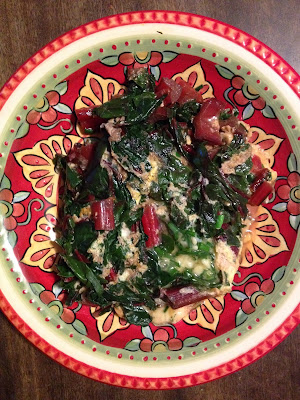 This was fun—kind of an easy “faux soufflé” or chard pancake. I admit it doesn't look too beautiful, but looks can be deceiving.

To make this dish, just fry up some chard in a little butter, diced stems first (you knew I was going to say that!) for a couple minutes, followed by chopped leaves. When leaves have turned bright green, add 2 beaten eggs per person to the pan. (I beat mine with a dash of wheat-free tamari or Bragg’s Liquid Aminos—very tasty.)

Let eggs set for a minute, then flip, fold or scramble. When eggs look nearly done but are still slightly wet, add a tablespoon or two of grated hard cheese and some fresh chives if you have ‘em. (If not, use dried herbs of choice. Tarragon is GREAT with eggs, as is dill.) Wait until the cheese melts (you might do a final fold here), then plate and serve!

*Note: The only potential downside to chard is that it contains fairly high levels of oxalic acid, a compound that can bind to calcium, blocking its absorption. Calcium-oxalate stones may form in the kidneys of people who are sensitive to oxalic acid but it is not clear if dietary oxalate is a major cause of oxalate stones, and many foods contain it—not just chard, but also spinach, beets and quinoa (surprise!), rhubarb, berries and a bunch of others. While consuming oxalic acid-rich foods is not generally recommended for people with kidney or gallstone problems, research suggests that the amount of protein, calcium, and water you consume may influence calcium oxalate stone formation as much as, if not more than, dietary oxalate intake. This is good news for SIBO peeps who rely on animal protein as their #1 safe food, and hopefully are hydrating regularly. Cooking reduces the amount of oxalic acid in foods.